Cats in children’s lit – cute fluffballs or evil monsters that will basically ruin the world? 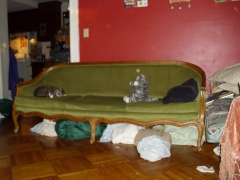 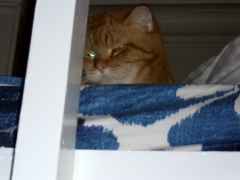 Think of Snowbell, the sleek white cat who attempts to gobble up poor adorable Stuart Little and his birdy best friend. Or the sly cat in Watership Down that attacks Hazel the hero. The charming but fairly sinister when it comes down to it Cheshire Cat. Mrs. Norris in Harry Potter, prowling the corridors in search of student delinquency. Jupiter from The Deptford Mice, pretending to be a god to all the cute rodents. The evil cat in The Last Battle betraying Aslan, his feline brother and daring to think for himself. Shere Khan from The Jungle Book, the most terrifying of tigers.

Sure, there are some good cats (gentle Harry Cat in The Cricket in Times Square) and some cat anti-heroes who are kind of cool (The Cat in the Hat; Slinky Malinki) and there is also Crookshanks from Harry Potter (lovable furball to some, conniving Kneazle to others).

But it does strike me (from my highly scientific list) that cats are strangely villainous in children’s literature, either too close to adults (like Mrs. Norris) or too wickedly independent. Usually, being independent is good in children’s lit (can’t have too many adventures if you stay at home with the parents) but often there’s a limit imposed on this freedom, conditions of loyalty expected in return. Cats might mark out this boundary, creatures that unlike loving and loyal dogs are too independent, too selfish, too intent on eating cute birds and mice.

What’s with the anti-cat campaign? Have I got it all wrong? Cats, pick up your paws and change your image: YouTube loves you, maybe children’s literature can too…

The Keeper Book of the Month at Dubray Books 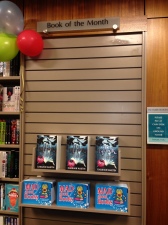 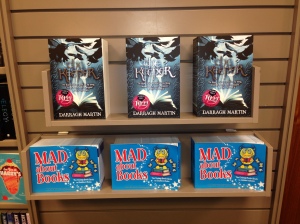 Thanks to my sister, Gillian, for taking a couple of snaps of The Keeper at Dubray Books on Grafton Street, where it’s been selected as a Book of the Month and is the subject of a nice review:

“This is a thrilling, fast-paced novel that drags Irish legends into the present day and gives them a fresh, new spin. It’s ideal for readers aged ten and up.”

Check out the full review at Dubray’s website here.

The Keeper in Shops…! 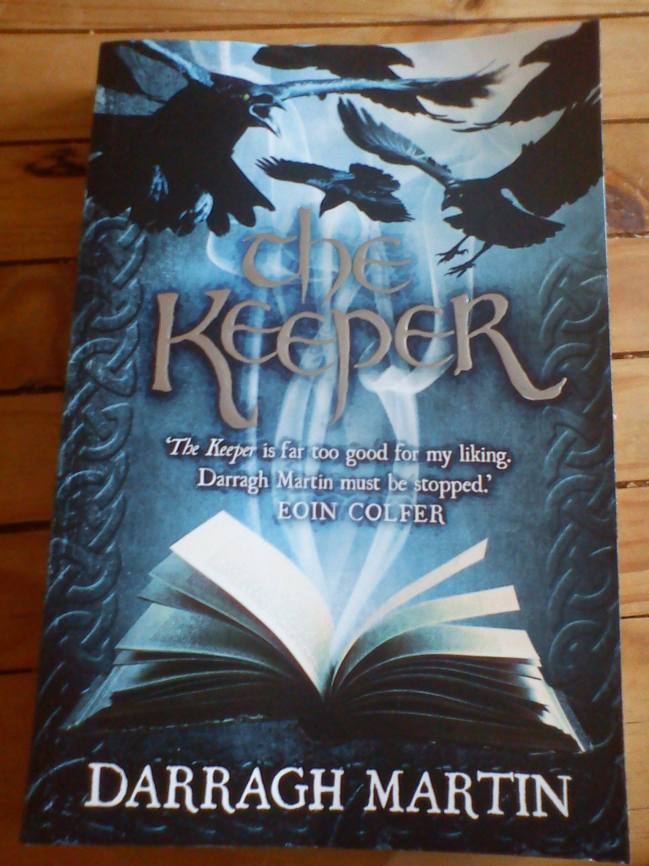 Here’s a photo of ‘The Keeper’ in my sister’s house. Very excited to see a hard copy and that it’s available for people to read in Ireland now.

This is my first book. I’m used to writing plays and seeing them performed for the first time is always a thrilling experience as so many people are involved in making the piece – the stage managers, designers, actors, musicians, audience. What I didn’t realise until now is how communal making a book is. It’s exciting to see all the parts that I had nothing to do with: the shiny cover, the lovely map inside, the little Celtic swirls for the first letter of every chapter.

But it’s also exciting to see the words that so many people have had a hand in shaping appear inside a book. I feel enormously grateful to my agent, Faith O’Grady, who asked so many great questions when she read the first draft; to my editors at Little Island, Siobhan Parkinson & Elaina O’ Neill, who had great comments and suggestions for every draft and for all my friends who read early drafts – Gillian, Rachel J, Rachel W, Maggie, Kevin; my housemates in New York & Australia who tolerated my endless tapping at the laptop & gave me tea and love; my family at home who have been so excited… this would be a different book without all these people.

On the theme of excitement (the only word that I seem capable of using today) it’s also nice to think of people who don’t know me who are going to read the book now and help re-make the book.